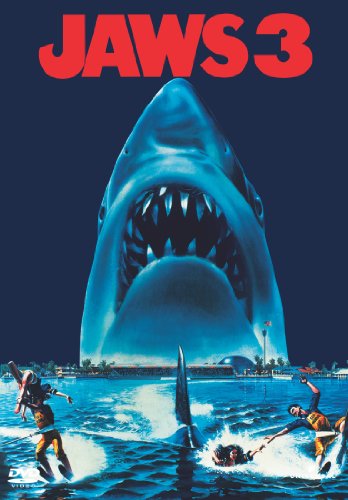 Michael Brody and Sean Brody, the sons of former Amity police chief Martin Brody, work at Florida’s Sea World, a seaside park run by Calvin Bouchard. Sean befriends Kelly Ann Bukowski, and Michael’s girlfriend Kathryn Morgan is Sea World’s head scientist who always works with Sea World’s dolphins Cindy and Sandy. In its man-made lagoon, about 4 feet under the water, Sea World opens the Undersea Kingdom, a new set of underwater glass tunnels that have their own control room and Calvin’s friend Philip FitzRoyce is there to do some filming. When Sea World diver Shelby Over man vanishes, everyone is worried. Michael and Kathryn head into the water, where they find a baby great white shark and decide to bring it to Sea World to put it on display, but at Sea World, the baby shark dies. When Over man’s body is found, Michael vomits when he sees it. Kathryn looks at the body and knows that the baby shark could not have been the shark that killed Over man, because the baby shark’s bite radius is too small its 35-foot-long mother killed Over man. When Kathryn and Michael tell Calvin and Philip about the shark, they all try to evacuate the park, including the park’s beach, as they try their best to protect Sea World’s visitors from the shark.
Rated ‏ : ‎ A (Adults Only)
Language ‏ : ‎ English
Package Dimensions ‏ : ‎ 18.03 x 13.76 x 1.48 cm; 83.16 Grams
Director ‏ : ‎ Joe Alves,
Actors ‏ : ‎ Dennis Quaid, Bess Armstrong, Simon Maccorkindale, Louis Gossett, Lea Thompson
Dubbed: ‏ : ‎ English
Studio ‏ : ‎ Universal
ASIN ‏ : ‎ B009ATQKWY
Country of Origin ‏ : ‎ India
Number of discs ‏ : ‎ 1
Manufacturer ‏ : ‎ Universal
Item Weight ‏ : ‎ 83.2 g