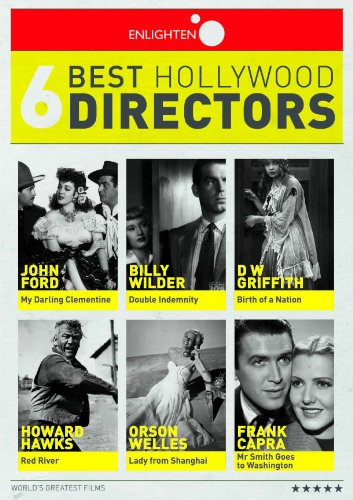 My Darling Clementine – Boasting of 100 percent fresh rating on Rotten Tomatoes, this film is based on the story of the Gunfight at the O.K. Corral between the Earp brothers and the Clanton gang. Though overshadowed by Ford’s later western, this film is truly a cinematic gem. Double Indemnity, one of the most influential noir films, it deals with an insurance agent seduced by a married woman to murder her husband, Billy Wilder’s cynical thriller is widely considered as one of the best film ever. Birth of a Nation, the highest-grosser of the silent film era and one of the most controversial films of all time, this is a landmark in the history of motion pictures for its innovative camera techniques and narrative achievements. Red River, the first cattle drive from Texas to Kansas along the chislom Trial results in tension between a father and his adopted adult son, this grand opera is lyrically beautiful with memorable sequences. Lady from Shanghai, with Orson Welles trademark technical mastery, this noir tells the tricky tale of a gorgeous M. Bannister played by equally stunning Rita Hayworth and a complex plot of murder. Pure classic! Mr. Smith Goes to Washington, considered as one of Capra’s finest creations, here James Stewart plays a young idealistic Senator fighting corruption in Washington D.C., a quintessential classic of the depression silent era, it gives an insight to American idealism.
Rated ‏ : ‎ U/A (Parental Guidance)
Language ‏ : ‎ English
Package Dimensions ‏ : ‎ 18.03 x 13.76 x 1.48 cm; 290 Grams
Director ‏ : ‎ John Ford, Billy Wilder, D.W. Griffith, Howard Hawns, Orson Welles
Media Format ‏ : ‎ Box set, Dolby, Letterboxed, PAL
Release date ‏ : ‎ 1 October 2010
Dubbed: ‏ : ‎ English
Subtitles: ‏ : ‎ English
Studio ‏ : ‎ Enlighten
ASIN ‏ : ‎ B006QQE1QG
Country of Origin ‏ : ‎ India
Number of discs ‏ : ‎ 6
Manufacturer ‏ : ‎ Enlighten
Item Weight ‏ : ‎ 290 g