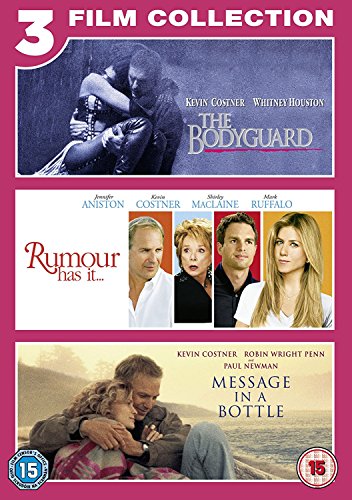 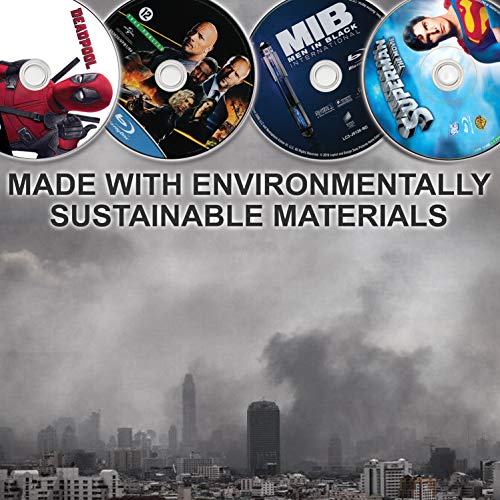 Triple bill of romance features starring Kevin Costner. In ‘The Bodyguard’ (1992) former CIA agent Frank Farmer (Costner) is now retired and working as a private bodyguard. He takes on the case of singer Rachel Marron (Whitney Houston), who has received several death threats. Initially reluctant to accept his ideas about security, Rachel gradually begins to warm to Frank, who begins to suspect the pop star’s would-be assassin lurks amongst her entourage. In ‘Rumour Has It’ (2005) Jennifer Aniston plays Sarah Huttinger, a young woman who travels back to visit her family in California and is shocked to learn that they were supposedly the model for the classic book and film ‘The Graduate’, and that her youthful grandmother Katharine (Shirley MacLaine) could be the real-life Mrs Robinson. In which case, Sarah begins to suspect that wealthy family friend Beau Burroughs (Costner) could have been the young man who had tumultuous affairs with both her mother and grandmother. In ‘Message in a Bottle’ (1999) Theresa Osborne (Robin Wright Penn) is a successful journalist who discovers a bottle washed up upon the shore. The bottle contains a heartfelt love letter to an unknown woman called Catherine and signed ‘G’. Theresa publishes the letter in the Chicago Tribune and it transpires that other letters have been found, presumably by the same author. When Theresa investigates further, she tracks down the writer of the letters, a sailboat builder named Garret Blake (Costner), whose wife died two years ago during childbirth. A tentative romance develops between Garret and Theresa but he remains unaware that she knows of the lost letters and that she was the journalist who published them.
Aspect Ratio ‏ : ‎ 1.78:1
Is Discontinued By Manufacturer ‏ : ‎ No
Language ‏ : ‎ English
Package Dimensions ‏ : ‎ 20 x 14 x 4 cm; 500 Grams
Item part number ‏ : ‎ 5051892118767-MIG
Director ‏ : ‎ Mick Jackson, Rob Reiner, Luis Mandoki
Run time ‏ : ‎ 5 hours and 43 minutes
Actors ‏ : ‎ Kevin Costner, Whitney Houston, Gary Kemp, Jennifer Aniston, Shirley MacLaine
Subtitles: ‏ : ‎ English
Studio ‏ : ‎ Warner Bros. | Excel Home Videos
Producers ‏ : ‎ Kevin Costner, Lawrence Kasdan, Jim Wilson
ASIN ‏ : ‎ B077Q4LFYW
Country of Origin ‏ : ‎ United Kingdom
Number of discs ‏ : ‎ 3
Manufacturer ‏ : ‎ Warner Bros. | Excel Home Videos
Packer ‏ : ‎ Excel Productions Audio Visuals Pvt Ltd
Importer ‏ : ‎ Excel Productions Audio Visuals Pvt Ltd
Item Weight ‏ : ‎ 500 g
Net Quantity ‏ : ‎ 1.00 count